PRECOGNITION – the problem of free will

I must state before I start this particular story that I am quite a sceptic at heart, mathematically and scientifically inclined.

At the age of 9 I had a feeling that I gained some superpowers. I could make kids in my class trip up at a distance and things of that sort. I told my closest friends in class and decided I was going to prove to them my immense powers by creating an earthquake. I gave them a specific day; “in 3 days time”... then for three days before I went to bed I visualised a quake. On the 4th day I showed up at school thinking I had failed but instead I found all my friends freaked out, one of them holding a newspaper. The previous day one of the largest quakes of the century had struck a few hundred miles from us. On the front page they wrote of victims in the hundreds. I can still remember the shock and the guilt I felt. From that day I decided I would never use my powers again to hurt people even if I got very angry at someone.
Looking back I can certainly give the more mundane explanation; that most kids at that age think they have superpowers and most will try them out. I can imagine there are thousands of kids out there who feel they might have caused a quake, a flood or a crash. Many kids might have had a so called premonitory dream and felt responsible for what happened after. In both these cases we can see how a bad understanding of probability and selection bias might mislead us not to see the obvious; that these are COINCIDENCES.

The problem I have with that is that I had in the years that followed many cases of Precognition. Flashes of near future events (often not linked with what I was doing at the time) that would come true. I decided to read a few SCEPTIC books (Why People Believe Weird Things by Michael Shermes, Viaggio nel mondo del paranormale by Piero Angela, etc.) but though they made sense on
most things, I wasn’t 100% convinced.

I still get flashes of precognition and with my super sceptic analysis of statistics, probabilities, and mind selection bias, unconscious perception, etc. I can discard most of them. But there are still some that are so strong that they test even the hardest sceptic, such as “oh I’m going to be shocked to see a green Ferrari around the next corner and then seeing one and being shocked (it wasn’t a pretty sight!). Or at the casino, having a flash of getting two consecutive numbers right at a roulette, declaring it out loud to my friends next to me and proceeding to win the next 2 bets with 2 en pleins. (no, I hadn’t been 1296 times to the casino stating “I will get 2 numbers in a row” each time).

At this point I decided to research a little and ask about a possible parapsychological explanation (those were pre Wikipedia days, so I asked an esoteric bookshop owner in France). Of the various theories and explanations, the one I prefer is that our “soul” is made of a few subatomic particles that centre around our bodies, in the present. These are free to move a little away from our body and also (following quantum laws of physics) a little away from the present into the past or into the future. Then upon returning from, say, the future, some of the “memory” of what they perceived is passed to our consciousness. This is usually just a flash or a sensation due to the limited number of particles carrying the information.

The “soul” could be made of Tachyons or psitrons, time travelling particles with imaginary mass. Or more simply our awareness could be fundamentally trans-temporal as discussed by Dunne (1927) and Saltmarsh (1938) and while we are only ever consciously aware of some limited temporal range, unconsciously a much wider temporal range of information is sampled and used for the benefit of the organism.

Besides the fact Tachyons have never been observed, violation of causality and temporal paradoxes all seem to point to their non existence. But even supposing that somehow precognition was possible, what fascinates me is the concept of free will.

Is what I see in the future going to happen no matter what I do ? If so free will is only an illusion created by our limited conscious awareness that only allows us to see one frame at a time instead of the whole film stock. More on free will in a future post.
article by Francesco Ruspoli No comments:

﻿
The above drawing is derived from the one below. Whereas I devised the one above, the one below came to me as a clear vision. The line of ‘consciousness of here and now’ is my way of seeing the Time line or at least our perception of Time. In other words when we are inside that line we are conscious of the passing of time. Then as we start thinking of something we move down into the realm of thoughts, though some of our consciousness remains in the ‘here and now’, so our body doesn’t lose track of where we are. When we are immersed in the 'thoughs' area we can perceive time differently. We can also become "lost in thought", whereby we are so absorbed in our thought that when we come back we feel we’ve lost track of time (I’ve labelled this ‘gap’).

I was wondering whether our thoughts could have multiple branches (multitask), which would have conflicted with my drawing below but science seems to point in the direction of one thought at a time.
Neuroscientist Earl Miller of MIT states “When people say they can multitask, they're deluding themselves What we do is shift our focus from one thing to the next with astonishing speed.”
Neuroscientist Daniel Weissman at the university of Michigan came to the same conclusion. By using MRI to scan brains of subjects that were assigned 2 different tasks. The subject would be shown two numbers of a certain colour. If the digits are one colour, say red, he would decide which digit was numerically larger. If the digits are a different colour, say green, the subject decides which digit is printed in a larger font. The brain was seen to pause each time the colour was changed. In my picture this would be the equivalent of coming back to the conscious time line to round up all the information it had about the other task and then branch off to give the answer. The part of the brain that acts as a conductor and decides how much flow goes out (as thought) and how much stays in the ‘conscious here and now’ is called the ‘executive system’ and lives in the brain's frontal lobes, basically above our eyes. The executive system also helps us achieve a goal by ignoring distractions.

Many years ago while, travelling in Amsterdam, I stopped in a coffee shop and had a smoke. Whilst under the influence, my thoughts would start normally but be extremely intense and focused. I would start to focus all my conscience on it. I felt I was accelerating down a spiral and as I approached the centre everything regarding that thought was becoming clear to me. So much so, that the feeling of being overwhelmed by this total understanding would make me jump back to the ‘here and now’ but with quite a large ‘gap’ of time. A few seconds later I would think of something else and spiral down the next thought before again jumping back to the ‘here and now’ line. While all this was happening I had a very clear visual image of what was happening. The picture below is how I saw it:
﻿﻿

Many years after drawing my spirals I found a text by Charles Baudelaire written in 1860 describing the effects of hachich on time perception. He writes of a stream of thought hurling you down a living vortex for what seems like eternity followerd by an instant of lucidity in you realise only one minute has passed. Then the next thought current drags you into your next vortex; 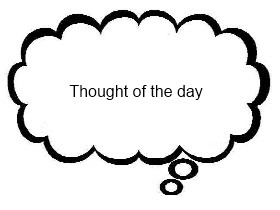 At every fork in life I regret not being able to follow both paths.
article by Francesco Ruspoli No comments: